June is Immunotherapy Awareness Month, and we are so pleased to have the opportunity to sit down with merakoi patient expert, Oriana Sousa, to discuss her experience of treatment with immunotherapy for an aggressive form of ovarian cancer.

During our conversation, Oriana shared her story of diagnosis and becoming her own best health advocate, pushing for treatment with immunotherapy. She shared questions patients can ask their doctor about the suitability of immunotherapy as a treatment option and talked about creating an evidence base for more patients to be treated with immunotherapy.

Oriana began by sharing her story of diagnosis. She explained how she had been experiencing symptoms such as constipation, nausea, hair and weight loss, which intensified between October and December 2011. Even before this time, Oriana experienced symptoms that brought her to the ER, where doctors told her it was anxiety, stress, and urinary infections that were the causes of her symptoms. In September, even her gynaecologist had told her everything was normal for a woman of her age.

It wasn’t until Christmas Eve, December 24th, that Oriana finally learned her diagnosis. It came as a strange sort of relief to finally have her symptoms validated, but at the same time, the enormity of that diagnosis was overwhelming—a life-threatening condition at such a young age. Oriana told us that it was the kind of gift that nobody wants to receive at Christmas. “And it was mortifying because nobody can expect at a young age to have something so severe,” she said.

After learning of her diagnosis, Oriana then needed to make a decision about treatment. Her doctor recommended chemotherapy, but Oriana sought a second opinion at a hospital in Spain with links to a US centre specialised in ovarian cancer. Because her type of ovarian cancer is rare, there was a scarcity of information about her treatment options.

Oriana had heard about immunotherapy in 2010 through a media case in her home country of Portugal, which centered on parents seeking immunotherapy for their three-year-old daughter with renal cancer. They fought for the treatment against their doctor’s advice. This planted a seed in Oriana’s mind, and she asked about the possibility of immunotherapy for her particular cancer. Unfortunately, she received the news that she was not a suitable candidate for immunotherapy, so she returned to Portugal, where months later, she came across an online community which led her to think again about immunotherapy as the right choice for her.

Oriana’s next step was to look for a private clinical appointment and request some new tests. Having experienced a relapse in October 2012, she made the decision to leave her original hospital and start treatment at another hospital. This time she completed a course of surgery, chemotherapy and radiotherapy. However, in 2014, Oriana experienced a further two relapses of cancer.

All the while, she kept searching for answers in scientific journals. She leaned on the support of her family  and two good friends from college to help her through her diagnosis and treatment. Oriana also turned to the online community for SCCOHT, not only as a source of emotional support, but crucially as a source of information about new treatment options. The community also collaborated with a researcher, providing their tumour samples and other information to support the research team to find the mutated gene behind this cancer.

Does immunotherapy happen at a slower pace in oncology?

According to Oriana, the question of whether immunotherapy happens at a slower pace in oncology, is a super complex question to answer. “What we know is that a small percentage of patients can have a good response with immunotherapy,” she said “ but it is astonishing because we are even speaking of terminal patients recovering or having a long-lasting response when we know that they could not find remission with other treatments.”

Outlining the need for a stronger evidence base, Oriana went on to say, “when a physician has a clinical question to answer, he needs to follow with evidence. What has been shown regarding immunotherapy is that we are still missing a lot of information to really understand who can and who can not effectively respond. It is more clear that this is an approach to be seen regarding the patients and not specifically thinking about the cancer type, and for that reason, nowadays it is possible to check some biomarkers through a blood test and learn if the patient could be a good candidate or not for immunotherapy.”

Oriana explained that although these biomarker tests can be a tool to support physicians in deciding on the suitability of immunotherapy, it is also known that these tests are not 100% reliable and it is possible that some people test negative for and could benefit from immunotherapy, and others that test positive don’t benefit. “It’s super tricky and I understand that there are a lot of other factors to be considered in this kind of decision and that is why evidence-based decisions are so important.”

Bringing the conversation back to small cell ovarian cancer, Oriana described how “this cancer was not expected to be immunogenic and I am in touch with several patients who had responses, and for this particular cancer, which is rare, it is not easy for me to accept that some of the SCCOHT patients do not even listen about immunotherapy as a treatment option.”

“When I decided on immunotherapy, I had no clue if it could work for me. I was lucky, I can’t deny that. I was in a life-threatening condition. I was not looking for science; I was looking only for a possibility to save my life."

What questions should patients ask their doctors? How best to bring up the topic with your doctor?

First of all, said Oriana, it starts with trust. “A patient really needs to feel comfortable trusting his or her oncologist. How can a patient feel he trusts his oncologist? I would say, in the same way we perceive we trust people in general. Some signals to have in mind:  the oncologist is open to discussing options; listening to the patient's needs; and admitting that the patient can look for second and third opinion or provide some referrals. Understanding if the oncologist is not open, is it because an option does not exist? Or if it is an option, does he/she think it is too complicated  to try? We cannot neglect the importance of communication, as it can be decisive in the patient's life. (I have met some patients who apparently did not have some option treatments discussed because the oncologist presumed that it was too expensive for the patient to pay. This can’t happen!)”

Oriana told the story of how she was in touch with a patient who had heard from her doctor that she couldn't do anything else to treat her cancer-just palliative chemotherapy. "I spoke with her in private and suggested she ask the doctor about immunotherapy. But her doctor's response was not positive and she was told she couldn't have the treatment in her country. Then the patient spoke with her insurance provider and learned that she could have immunotherapy. This led her to realise that, in fact, her doctor was not open to treating her with immunotherapy. So she found another doctor who told her how much she appreciated a patient being so proactive and told her she would support her in having immunotherapy and try to find some clinical trials for her. This patient ended up having immunotherapy, and although she ended up with a partial response, she is still alive today."

Oriana shared some helpful questions a patient can ask to start the immunotherapy discussion with their doctor.

What can patient advocates do to inform more patients about this option?

Oriana believes that patient advocates can provide reliable sources of information to other patients, supporting them to navigate the healthcare system and can also help patients to understand the information by reviewing content and providing a lay language summary to help understand scientific articles.

"Since I was the first patient in my community doing immunotherapy, but others were in a similar situation of relapse looking for options, we worked together in a way they could reach their doctors (3 patients were starting immunotherapy only a few months after me). I even sent some of my scans and MRIs to these patients for them to have something to show. We were trying to create evidence. Later, when these patients responded to immunotherapy, we were in touch with a researcher who was trying to analyse if our cancer could be considered immunogenic.”

Other ways patients can learn about and share information include: participating in conferences or webinars; being part of communities to know the unmet needs; and participating in advisory boards and projects to disclose these unmet needs and find solutions with multiple stakeholders—for example, engaging with pharma and researchers.

A message of hope

We finished our discussion on a note of hope. Oriana's hope is that others can find the right treatment as she did;  that others will suffer less and feel more supported. “That is my hope. And obviously, I guess all of us want to see cancer eradicated once and for all. But I guess that will not be a possibility. So I just want people to be able to access the best treatment and find a cure and support.” 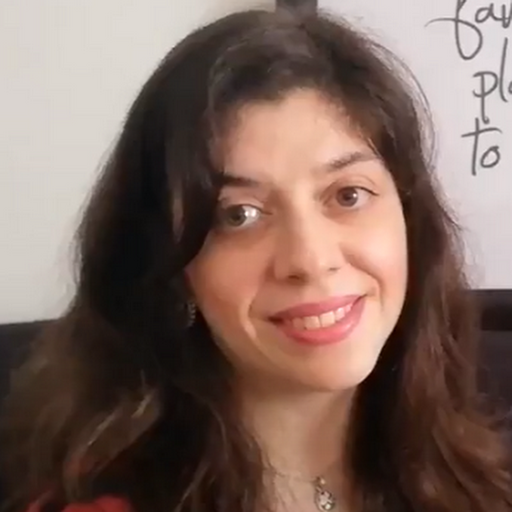 LinkedIn live session
In Conversation with Dan and Jennifer Digmann: A Couple Takes On MS 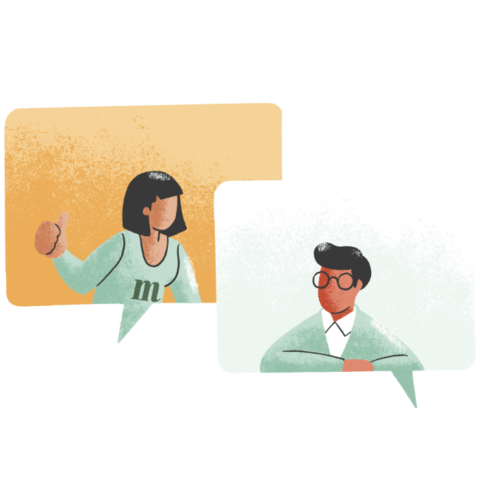 Book a consultation to talk to us about collaborating with patient experts on your project.

Welcome to Designing The Future With Patients.

We look forward to sharing the latest patient-led insights and best practices with you!
Close

Manage Cookie Consent
To provide the best experiences, we use technologies like cookies to store and/or access device information. Consenting to these technologies will allow us to process data such as browsing behavior or unique IDs on this site. Not consenting or withdrawing consent, may adversely affect certain features and functions.
Manage options Manage services Manage vendors Read more about these purposes
Settings
{title} {title} {title}